How do you unit test your React components? There are plenty testing libraries to help support testing your React app. I’m going to look at using Jest and Kent C. Dodds @testing-library/react 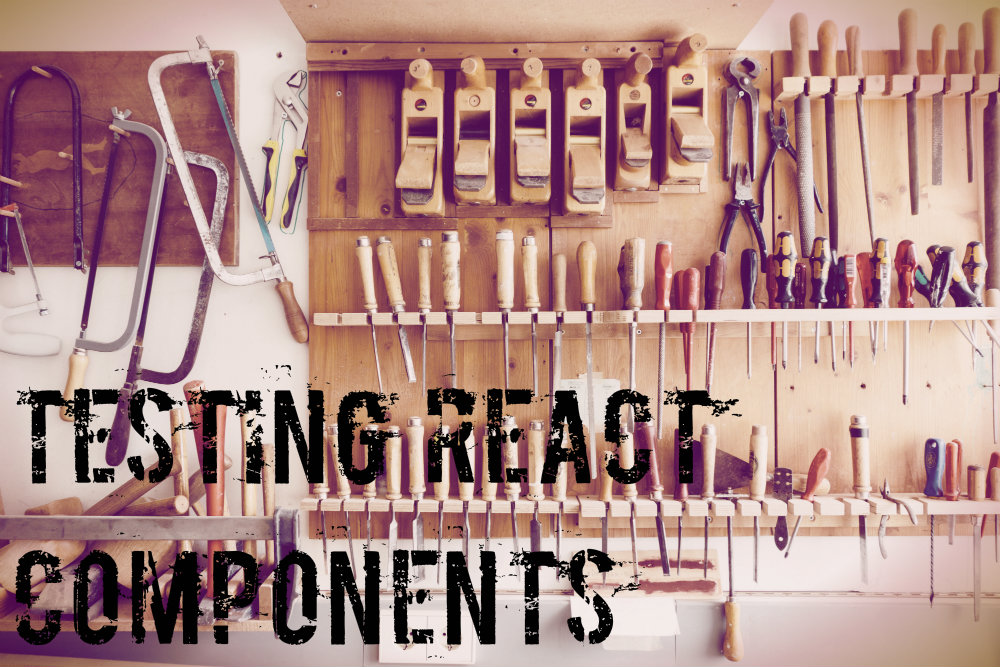 Photo by Barn Images on Unsplash

When React was in it’s 0.x versions it was a real struggle to test your components. Lots of ideas and opinions but no clear test setup. One way was to render a component into a headless browser or an emulated DOM environment using the now deprecated method React.render(<MyApp />, document.body). Then find the component in the DOM dom = React.findDOMNode(component). Rendering a component to the DOM meant you had to wait until the lifecycle events where completed before querying for it.

I worked on a React project where we decided to use JSDOM v3.x and this had some painful set up especially using a Windows OS. Having to install Python 2.7 and Visual Studios Express to compile native modules for your machine. All this to run tests locally but eventually, it would run fairly consistently. Setting up a CI pipeline also had similar challenges.

I’m glad a lot of effort from the JavaScript community has gone into improving JSDOM. Now it has become the default DOM environment to test your React app in. It is as simple as npm i jsdom -D and with a little setup, it works.

The debate of how to test your component

I have often had regular debates with colleagues about what kind of testing you’re doing when building a React app, unit, integration or UI testing. The confusion comes from a few points:

These things are not typical of unit testing in other frameworks and languages like C#.NET, Python, JavaScript. Frameworks that followed the MVC pattern would separate out your views from your classes. The classes would be tested in a unit test runner and the view might be tested using another framework designed for the UI.

However, I find it a good idea to take a step back from what you are use to and decide what is a unit. It is normal for people to have different views on this and I like how Martin Fowler sets this out:

But really it’s a situational thing - the team decides what makes sense to be a unit for the purposes of their understanding of the system and its testing. Martin Fowler

React is different to other libraries on how it handles the view and application state. This is why it worth defining what a unit could be in a React application. Kent C. Dodds has done something to the point in react-testing-library. By defining a clear way unit tests should be written in React, this precedent is really useful for aligning a team. This core principle is:

The more your tests resemble the way your software is used, the more confidence they can give you. Kent C Dodds

More details are provided in the react-testing-library on this principle. This approach means testing your components in a similar way to how a user would use your app. Technically the library queries and interacts with the rendered DOM nodes. To me this is similar to UI testing which is typically slow but setting it up in a unit test environment makes it fast.

From set up to writing the first test

I’m going to add react-testing-library to an existing project to see how long it takes to setup and start writing a passing unit test.

Here are the steps I took get going:

First basic test to get started:

Here are the commits added to an existing project.

This is a great time, very little spent on configuring the test setup to fit in the project. What helped a lot was using Jest as it already comes with JSDOM and expects .babelrc file in case you need to transform from ES6.

I spent about 10 minutes after this looking into running the tests without the .babelrc as I would prefer to just use the webpack.config.js file, but there does not seem to be a clear solution. If anyone knows how, please let me know.

I’ve created a simple component to fetch the contributors for the repository git-mob from GitHub. The user will need to click a button to get the information. The contributors will be rendered into a basic profile list showing username, avatar and commit count. Below is the test I created:

Here is the commit showing the full implementation of the above.

I’ve made some updates to the react-testing-library branch which align with the code snippets above.

I find the react-testing-library API intuitive and easy to use. I did not run into any major issues that blocked me from testing in these two cases. It did not take long at all to set up the testing environment and get a basic “Hello World” example passing. This is a huge improvement from two years ago when it felt like it took forever to get started with testing and battling through flaky environments. Jest has obviously put a lot of effort into helping developers getting started quickly, especially for React applications.