Higher-order components (HOC) and render props are two ways to build cross cutting code in React JS. How do you decide to use one over the other?

The reason we have these two approaches is that React decided to use ES6 class for building React components to manage state. Before that, to share cross-cutting concerns for components React.createClass mixins was the way to handle that. However, class does not support mixins and a new way had to be developed.

For more details, Dan Abramov wrote a post on why mixins are considered harmful. 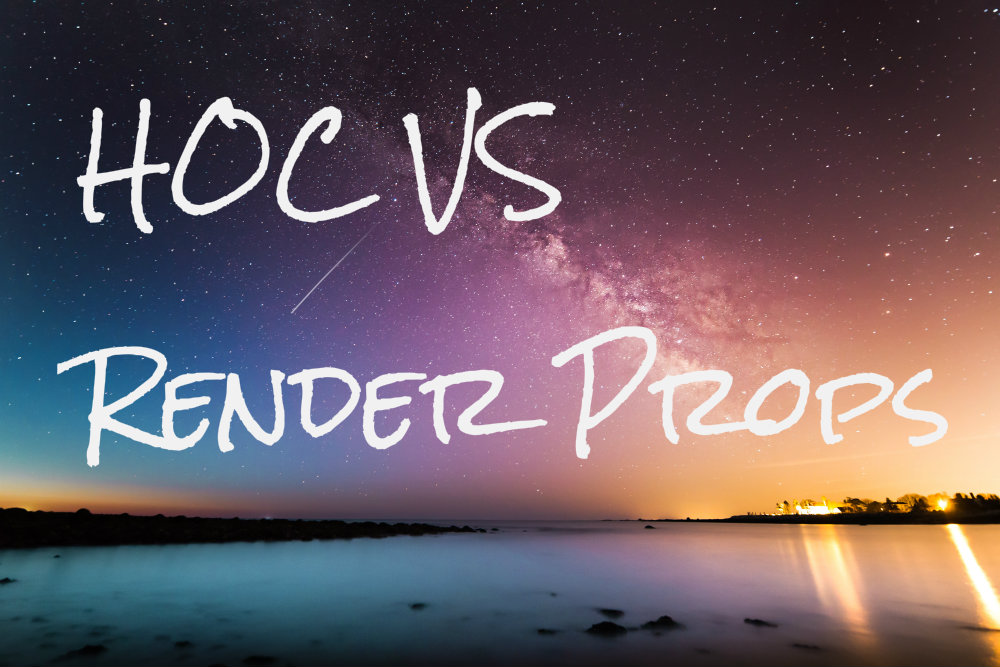 Photo by Kristopher Roller on Unsplash

Soon HOC evolved into the picture to support code reuse. Essentially these are similar to the decorator pattern, a function that takes a component as the first parameter and returns a new component. This is where you apply your crosscutting functionality.

To find out more, read my post on understanding higher-order components.

What does HOC solve?

You can start to see similarities in the downsides for both mixins and HOC:

A render prop is where a component’s prop is assigned a function and this is called in the render method of the component. Calling the function can return a React element or component to render.

Example of using a render prop:

Read my post to understand more about render props.

What do render props solve?

From this, we can generally say render props solves the issues posed by HOC, and in my opinion, it should be your go-to pattern for creating cross-cutting logic. Render props are easier to set up, with less boiler code and no need to hoist static methods, as they are similar to standard components. They are also more predictable as fewer things can go wrong with updating state and passing props through.

However, I find HOC better to compose over render props, especially when many cross-cutting concerns are applied to a component. Many nested render prop components will look similar to “callback hell”, as highlighted by Andrew Clark on Twitter. It’s straightforward to create small HOC units and compose them together to build a feature-rich component. Recompose is a great example and can be useful to apply to solving your next challenge.

But they are! I’ve been working on demos of unreleased React features and all my components are 10 callbacks deep. Super powerful but a PITA to compose more than two or theee. There’s gotta be some way we can make it nicer.

Just remember to use the tool that best helps you solve your problem and don’t let the Hype Driven Development pressure you to do otherwise. Render props and HOC are equally great React patterns.